About a third part of the UK farmers will be using some kind of renewable energy by August 2012 – when The Green Deal will be introduced -, a study has just revealed. Published by the National Farmers’ Union (NFU) and NatWest, this report confirms the agricultural sector bet for renewables, as demand for solar panels, wind turbines and other renewables has increased during the last months.

After surveying more than 400 farmers, solar installations proved the most popular option with one in six farmers claiming they will have solar PV systems installed by the end of this summer, and farmers in the East of England and the Midlands have a 5% uptake of wind turbines. Renewable heat technologies, such as biomass boilers or anaerobic digestion plants, are also expected to be in place at around 10% of farms by the end of the summer. 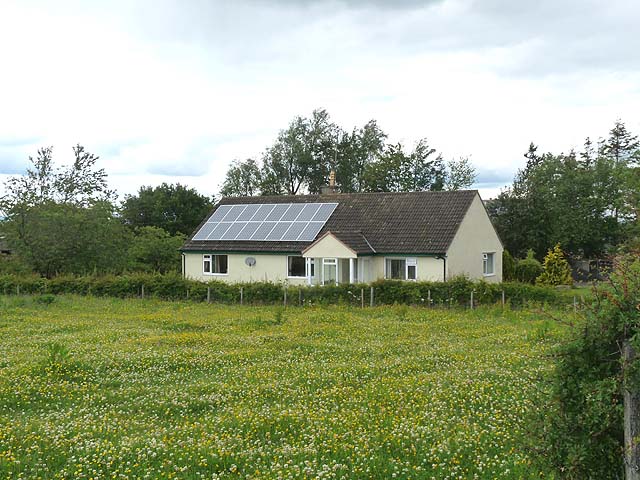 © Copyright Oliver Dixon and licensed for reuse under this Creative Commons Licence.

Ian Burrow, Head of Agriculture & Renewable Energy at NatWest said: “This report shows farmers are taking notice of the developments in renewable energy and see a tangible benefit for their business (… ). The potential of land-based renewable energy to support profitable farming, while contributing to energy security and the low-carbon economy, is evidently much greater than we ever imagined.”

These results show how the farming industry is playing a key role in helping the UK meet its target of producing 15% of energy from renewables by 2020, and confirm the important role farmers and landlords have in the renewables sector, helping to reduce the environmental impact and the use of fossil fuels, as well as reducing costs.

The Green Deal, the way to energy efficient homes